Make a donation by mail

Ben Brownlee was a passionate hiker and outdoorsman who died in a climbing accident on October 3, 2020 in the remote San Juan mountains of Hinsdale County near the town of Lake City, Colorado.

To properly equip and train the all-volunteer Hinsdale County Search & Rescue Team and needs of other first responders. Further, and to the extent available, to assist with funding the acquisition and improvements to the proposed Lake San Cristobal Peninsula Park. This Park would preserve a scenic, 10-acre parcel as a permanent and accessible public open space on Lake San Cristobal near the area where Ben was hiking when he died. A small memorial is planned on this site. Every dollar contributed is impactful.

We’re very thankful to Great Outdoors Colorado (www.GoCo.org) which announced a $1.3 Million grant to fund approximately 90% of the acquisition costs of the proposed Park on November 20th. Ben’s fund will assist others in the community working to fund the remaining +/-$200,000 needed to close by the end of 2020. Learn more about the project.

All donations are being accepted through The Lake Fork Community Foundation (LFCF) for the benefit of the Ben Brownlee Memorial Fund and will be awarded as grants in accordance with LFCF’s and the Fund’s guidelines. LFCF is a 501(c)3 private operating foundation. All contributions are tax deductible. Donations can be made using LFCF’s Pay Pal link or mailed to LFCF in Lake City, Colorado. www.lakeforkcf.org

Despite their incredible efforts during the search for Ben, it became apparent to our friends & family that the many individuals who were giving their time to the all-volunteer Search & Rescue (SAR) effort lacked many of the basic communication, safety devices and search tools needed to effectively execute the task. Hinsdale County is often referred to as the most remote location in the lower 48 states and is over 96% federal land. While that adds to the area’s rugged beauty, it also equates to a very low tax base created by the less than 1,000 residents and businesses. SAR efforts most often serve non-residents, there to enjoy the beautiful mountains & rivers in the area, and the County does not have adequate funds to properly equip and train the all-volunteer team.

The needs range from the most fundamental and basic (such as rope) to more advanced technology such as drones with Forward Looking Infrared (FLIR) cameras needed to find a heat signature in the vast wilderness. Satellite communication devices are needed as there is virtually no cell service and radio transmissions are limited due to the mountainous terrain. In a County that experienced 107 recorded avalanches in 2019, SAR does not have an adequate number of avalanche beacons or simple avalanche probes to search for survivors. As an all-volunteer force, training is needed for High Angle Rescue, Swift Water Rescue, Wilderness First Responder and Avalanche Rescue.

The need is vast but contributions of any size are extremely valuable as $60 purchases an avalanche probe that could save someone’s life. High-altitude drones with FLIR capabilities are a reach item with a $200,000 retail price but would be able to quickly search rocky, steep terrain that would take hours on foot when every minute counts. We are working closely with Hinsdale County Search & Rescue leaders to identify & prioritize their needs. Some items could be shared with other SAR teams in the region. 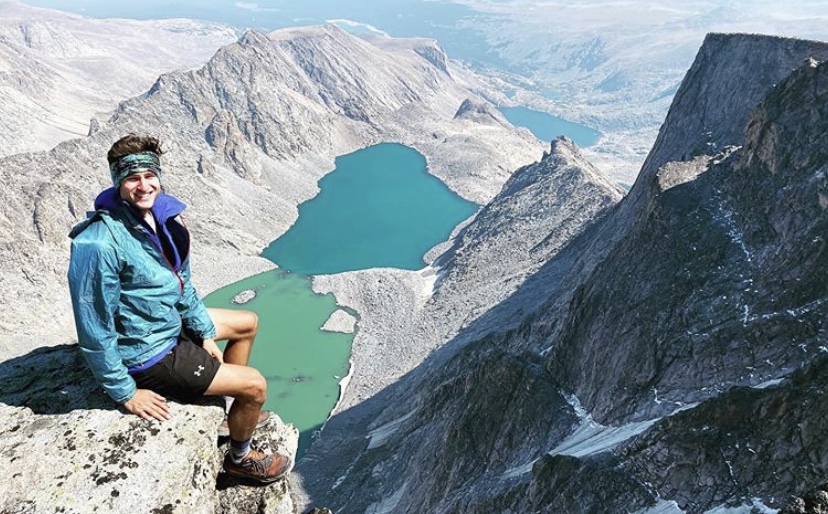 Ben grew up in Dallas, Texas, graduated from Dallas Jesuit High School, studied business & ran track at the University of Kansas, before moving to Denver in 2016. By 2020, Ben was a twenty-six year old commercial real estate broker with Transwestern in Denver; a volunteer track and cross country coach at Regis Jesuit High School; and a newly-minted trip leader for the Colorado Mountain Club. He loved being outdoors and he had a smile and encouraging word for everyone. Having climbed all fifty-eight of Colorado’s 14’ers in his first two years in Colorado, he set a new goal to climb all the Centennial and Bi-Centennial Peaks which is what brought him to Hinsdale County with a plan to summit twelve 13’ers over the weekend. When Ben did not return on Sunday as planned, we immediately began a Search & Rescue attempt through the Sheriff’s Department aided by numerous volunteers in the community as well as friends and family that came to his aid. Regrettably, Ben had fallen attempting a Class 5 traverse along his planned route and did not survive. After a two-day search, he was spotted by helicopter and the rescue attempt turned to recovery. The motto from Dallas Jesuit High School is “Men for Others” and Ben exemplified that. Ben would have been honored to know that this Memorial Fund is being used to help people helping others.

Thank you to the Hinsdale County Search & Rescue Team

A man for others - kansan.com

Make a donation by mail